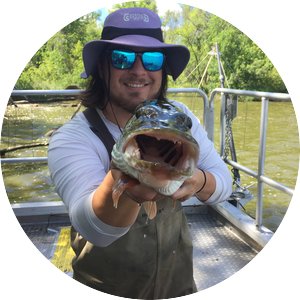 My research is focused on the evolution of cave morphology and behavioral adaptation in Astyanax mexicanus. The mexican tetra (A. mexicanus) is native to central Mexico, but was introduced to southern Texas in the mid 1950s through the baitfish industry. Since that time the species has become invasive throughout south/central texas, and has begun to colonize cave environments. My research aims to draw parallels between adaptations seen in these invasive populations that have colonized caves and their blind, albino counterparts that have inhabited caves in Mexico for hundreds of thousands of years. To do this we examine morphology, behavior, and genetics of several Texas populations of A. mexicanus from both surface and cave environments.